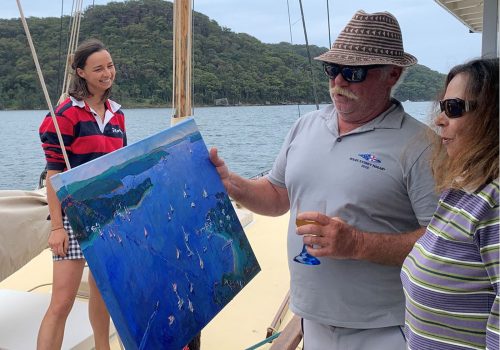 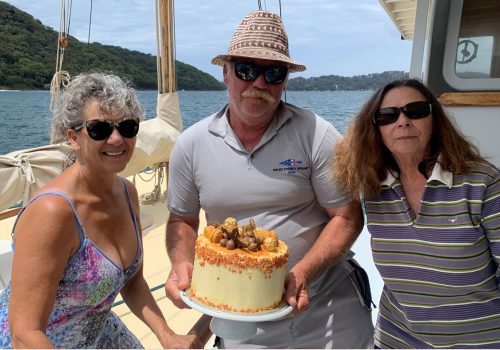 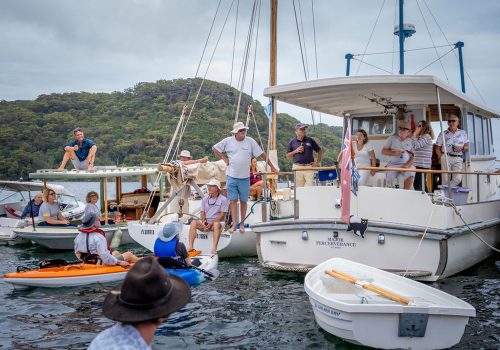 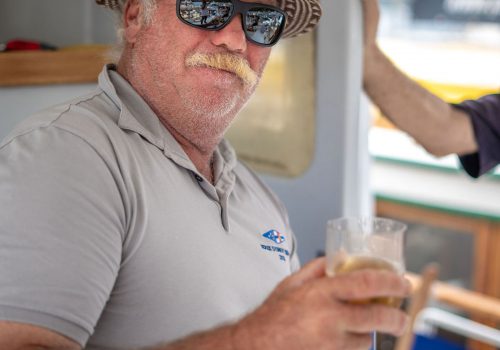 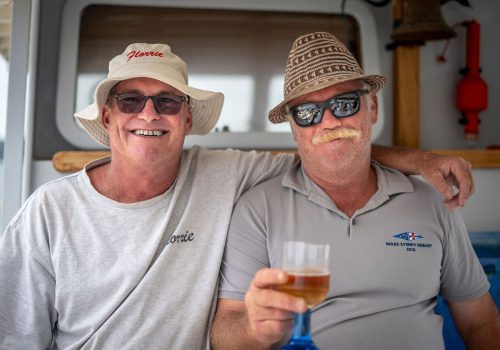 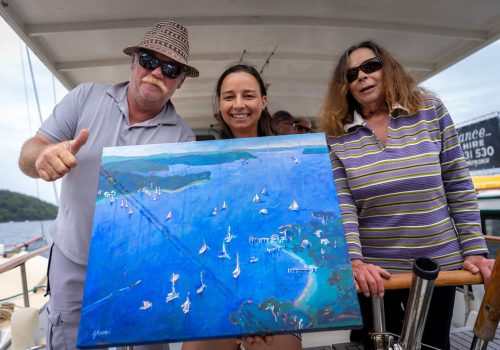 Scott Taylor is unique. He’s the only person to have served as Commodore of Woody Point Yacht Club twice – in 2010 and 2015. It’s as though he’s been around forever. The kind of bloke of whom you wonder: ‘How will the club get by without him?’ His service earned him Life Membership four years before he donned the braided jacket.
Col Bailey (1996 Commodore) put it thus: “It’s not so much what Scotty did for the club, it’s the way he went about it, without a care in the world just plodded along and got on with it. Generally the last thing out of the punt was the keg. There’s nothing like a frosty one when you are doing a delivery!”
His service to the offshore community was equally selfless and untiring. If there was a job to do, Scotty was up for it.
As a sailor, Scotty’s palmarès is impressive:
His first Woody Point entry was the 28′ Fife he was living aboard. Since then, he has surprised us with an Adams 10, Adams 8, an 18′ cat, and others including the Star turn ‘Ingrid’.
When news of his pending move to the Northern Rivers dropped, we knew there would be a crowd wishing to bid him thanks and farewell. However, the Public Health Orders made it awkward and the weather also conspired against planning any kind of a send off for our much loved Scotty.
But Gladys and Hughie had not reckoned on Col Bailey and maybe the luck of the Irish to deliver, between them, a most fitting nautical event depicted eloquently in the masterful photography of Sam Collins – viewable above.
Scotty and Heather were transported in style aboard ‘Major Perceverence’ to the Morning Bay side of Woody Point where Ian and Sue Major, aided by Den Carter set what must have been one helluva anchor judging by the score or so boats that sat comfortably off her stern while waiting for the ceremony to begin.
Said ceremony included the presentation of a magnificent oil-on-sailcloth Gemma Rasdall original depicting Scotland Island surrounded by a flotilla of Woody Pointers scudding across the azure waters of our beloved Pittwater. I think Scotty liked it and many raised a beverage in salute.
Cheers, Scotty. Fair winds and a following sea.
Frank